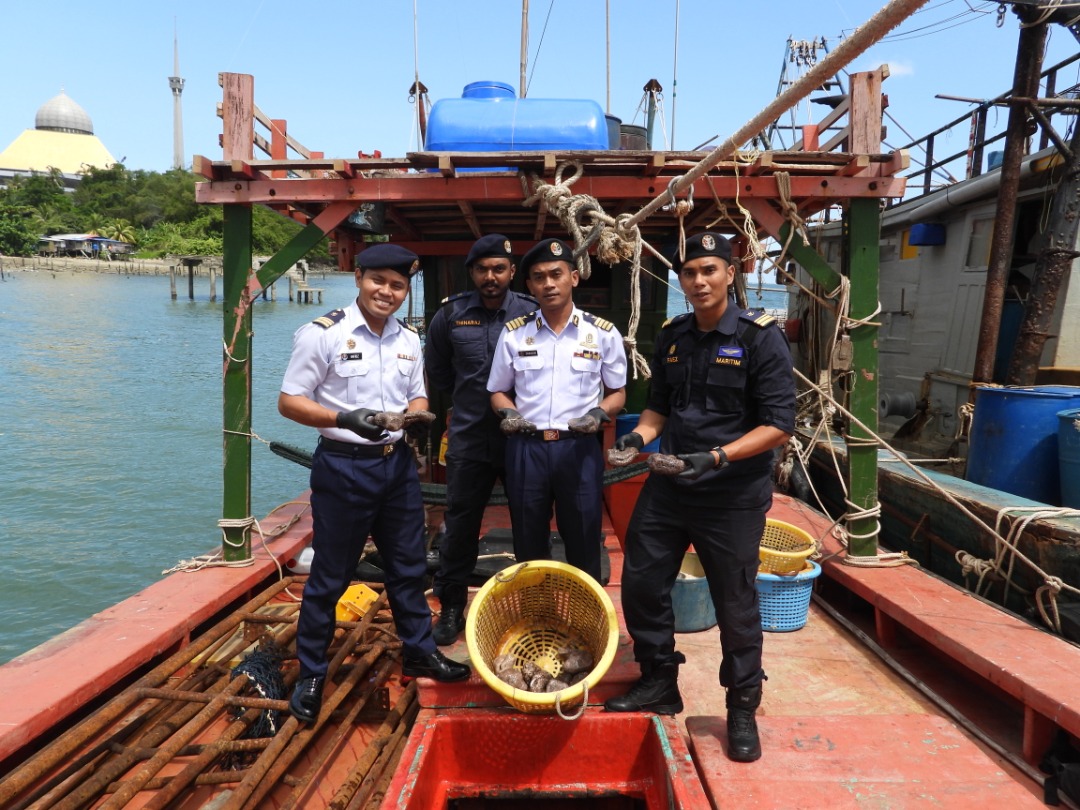 MMEA personnel showing the sea cucumbers seized from the boat.

Zainudin said on inspection, the boat skipper and three crew members, all Vietnamese aged between 36 and 61 were found to have no identification documents and valid travel documents.

“The boat is suspected of entering national waters without permission to illegally catch sea cucumbers (gamat) by using prohibited fishing equipment and causing damage to the sea ecosystem especially corals,” he said.

According to Zainudin, this case was the fifth recorded by MMEA Sandakan involving Vietnamese fishermen and sea cucumbers.

He said the boat, equipments and the sea cucumbers weighing about 200 kilograms were seized.

The seizure was later handed to the investigation officer for further investigation under the Fisheries Act 1985 and the Immigration Act 1959/63.

Policies, programmes, gov’t budgets need to be realigned in view of...