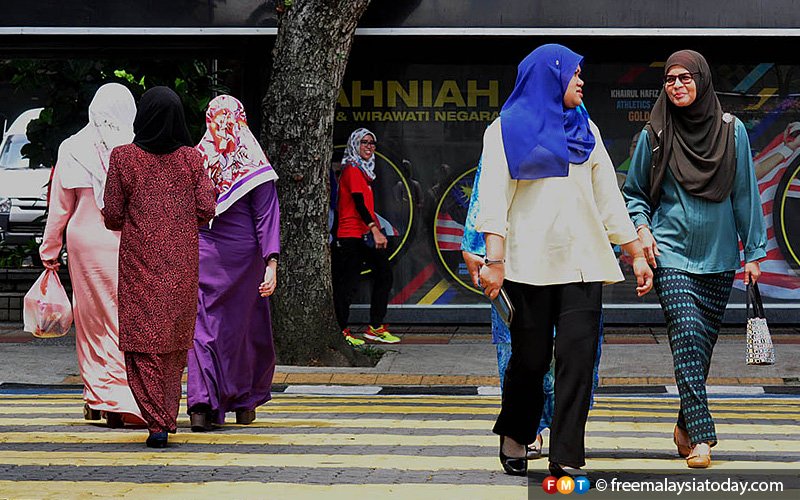 The Pakatan Harapan (PH) government promised to review laws that discriminate against women, yet these policies have remained untouched.

On the surface, Malaysia seems to be making strides regarding the status of women in society: the pay gap is narrowing, there has been an extension of paid maternity leave, and more women are in positions of power than ever before.

However, a recent article published by The Economist proves that Malaysia is nowhere near achieving true gender equality.

In the report, The Economist reminded us of the stark reality that Malaysia is one of only two Southeast Asian countries that discriminate by gender in their citizenship laws – laws that are the cornerstones of belonging to one’s society.

While the Federal Constitution guarantees citizenship to children born overseas to Malaysian fathers, the same cannot be said for Malaysian mothers.

This can cause a range of problems over time when, upon returning to Malaysia, her child is not afforded health check-ups, vaccinations, or loaned textbooks, which are only provided to children of Malaysian citizenship. It’s clear that those most deeply affected by this discrimination are the innocent children.

But this is not the only example of gender discrimination with regards to nationality. The Federal Constitution grants foreign spouses of Malaysian men citizenship through a simple registration and a mere two years of residing in Malaysia. On the other hand, husbands of Malaysian women may only apply after residing in the country for 10 years.

This, too, has serious practical ramifications. Without an avenue for Malaysian women to give citizenship to their husbands, their spouses are considered foreign workers and may struggle to find jobs. They have no access to social security and lack the ability to collect a sustainable retirement fund, leaving these families in economic uncertainty.

Strangely, Malaysia discriminates against some fathers, too. It is one of only three countries worldwide that prevent men from passing down their citizenship to children who are born outside the framework of marriage. Between 2012 and 2017 alone, more than 15,000 children born in Malaysia to Malaysian fathers were denied citizenship, another example of innocent children suffering as a result of discriminatory laws.

In its report, The Economist emphasised that Malaysia is one of the very few countries that have not reformed and revamped these outdated regulations. Since 2000, more than 20 countries who had similar laws have reformed them, leaving us to wonder why Malaysia is still stuck with these patriarchal conventions.

Catherine Harington of the New York-based Global Campaign for Equal Nationality argues that it is primarily xenophobia and a patriarchal mindset which has prevented Malaysia from implementing these reforms.

The Pakatan Harapan (PH) government promised to review laws that discriminate against women, yet these policies have remained untouched.

With PH’s track record when it comes to breaking promises, there is little hope that these outdated and unfair laws will be repealed, regardless of the serious ramifications felt by hundreds of Malaysian families across the board.

Is Gerakan making a U-turn?