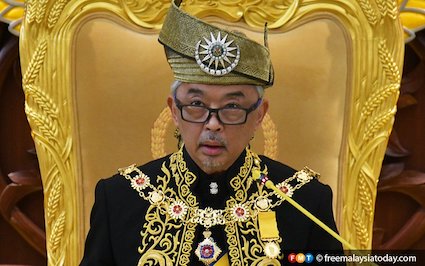 A shift in support away from the sitting Prime Minister has to be established in the Dewan Rakyat either through a direct vote of no-confidence, or indirectly in the form of an important vote e.g. Budget 2021.

Muhyiddin will have the discretion to dissolve the Cabinet and call for fresh elections. It’s entirely up to the sitting Prime Minister to decide.

So, I’m honestly not sure who’s less-intelligent. Anwar, for not understanding the process to take over as Prime Minister; or those who are in the same boat as him, who either do not know the process, or who are intent on destabilizing the country further with a Constitutional Crisis.

No wonder there are so many rumors of “Mageran” of late. Anyone would be fed up with these politicians and would want the Federal Government to remain as-is for the next 2 years until it’s time for the 15th General Elections.

If the politicians can’t promise us this, then we’d be counting on our Yang di-Pertuan Agong to declare a state of Emergency and suspend Parliament for 2 years., putting an end to all these useless politicking until it’s time again for Malaysians to give a fresh mandate to a new administration.

Anwar: the virus that is causing all the problems for Malaysia