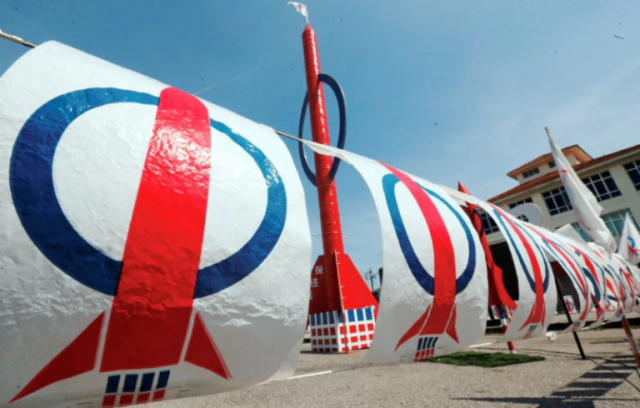 So far, Sin Chew Daily is the only newspaper that has published the statement.

There are two reasons why this is surprising. Firstly, why does DAP, after becoming one of the ruling parties, allege that the only target of the newspaper, which has been promoting the party since its formation, is to topple DAP?

Based on the recent events tabulated in the statement, it is hardly convincing that Sin Chew deserves the blame.

The second surprise is why Sin Chew has remained relatively calm in the face of such high-profile accusation by DAP. It does not rebut nor clarify, but opt to run the statement in full for readers to judge for themselves.

In the press history of the country, such a move by Sin Chew has been unprecedented.

It is a huge misunderstanding to conclude that Sin Chew’s objective is to topple DAP. This also reflects the fact that the party’s current leaders are suffering from memory loss about history.

DAP was born out of the People’s Action Party in Singapore. After Singapore gained its independence on 9 August 1965, DAP changed its name to Malaysia Democratic Action Party on 8 March 1966. DAP was led by Devan Nair. Goh Hock Guan took over as Secretary-General in 1967. Devan Nair returned to Singapore after serving full term as a member of parliament. The party started its journey as DAP in Malaysia.

The leaders in Johor Bahru then: Chen Yi Neng, Guo Rui Xiang, Ye Guo Xin and lawyer Song Xin Hui used to release their statements through Sin Chew’s office at Dhoby Street and Maju Street. They were close with the paper. Most of the time their statements would be published despite humble spaces allocated for them.
In the 1980s and 1990s, DAP grew stronger in Johor. At one time, it won three state seats in the state legislature. Lee Kaw even won Kluang parliamentary seat, a breakthrough for DAP to break its record of zero.

During this period of time, Sin Chew did its best to help promote the party. Other non-Chinese newspapers would generally stay away from DAP.

The publication of Sin Chew was suspended for five months and 11 days during Ops Lalang in 1987. Lim Kit Siang was arrested under the Internal Security Act. Everyone shared the same fate.

Sin Chew gave him the widest possible coverage. His was offered a dedicated column on the paper’s Johor Bahru metro edition for many years.

After two general elections on 5 May 2013 and 9 May 2018 which saw Lim Kit Siang taking the lead by running in the Johor Bahru area, DAP secured impressive results in the state. The party won almost all parliamentary and state seats it contested in Johor during last year’s election as a component of the Pakatan Harapan coalition.

Before and during the last two elections, Sin Chew allocated editorial spaces for DAP’s leaders to pen their columns.

Liew Chin Tong had a dedicated column on the Opinions page to express his views. During the election campaign, Sin Chew also offered generous coverage on events organized by the party. It was utterly courageous for Sin Chew to do this, given the tight media control by the then Barisan Nasional government.

In a nutshell, Sin Chew has somewhat contributed to DAP’s impressive election results!

After DAP and other coalition members of Pakatan Harapan took over the government, the community page of Sin Chew’s Johor Bahru metro edition offered space for elected representatives from the party in Johor, from members of parliament, state assemblymen to city councillors to express their views six days a week. The columns were well-received by readers. For activities attended by DAP state executive councillors, state assemblymen and members of parliament, Sin Chew often provided news coverage for them. This proves that Sin Chew has never treated DAP as an enemy.

It is because of all these, Sin Chew is at ease with its conscience and takes the statement issued by the secretary-general without haste and has opted to publish the statement for the readers to judge for themselves.

In fact, Sin Chew is playing its role as the fourth estate in criticizing polices of the new government, of which DAP is an integral part. But true words are hard to be accepted. The newspaper only hopes that DAP will deliver the pledges it has made to the people to offer better services.

As the Chinese saying goes: the sea would accept all rivers. A good government should have such magnanimity. If the news report is wrong, Sin Chew would run a correction, just like when it handled the news of ‘small matter which has been blown out of proportion’, it ran the entire statement again when an error was detected and apologized to Deputy Minister of Defence Liew Chin Tong.

As two institutions with separate missions where both claim to serve the people, they should work together instead of confronting each other.

In short, there are thousands of reasons for both to understand each other and communicate. As a media organization, there is no reason for Sin Chew to make toppling DAP its primary objective.

There are profound misunderstandings here. In New Malaysia, both should resolve their grievances instead of holding grudges against each other as Malaysians, in the interest of the Malaysian Chinese community

(Su King Siang is a veteran writer. He had served in Sin Chew Daily for over 40 years.)

No reason for PH MPs to stop asking about handover date