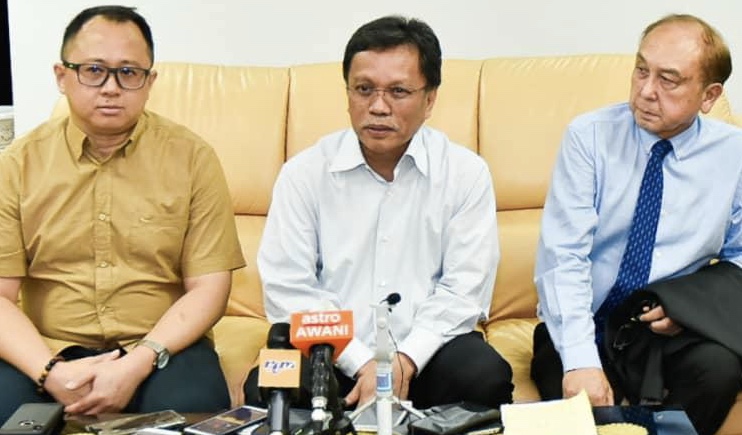 KOTA KINABALU: Parti Warisan Sabah (Warisan) president Datuk Seri Shafie Apdal has confirmed that the candidate to represent the Warisan-Pakatan Harapan-Upko coalition in the upcoming Kimanis by-election would be from his party.

However, Shafie was coy when asked to disclose the shortlisted names for the by-election and whether or not Warisan’s Datuk Karim Bujang would once again be given the chance to contest.

“We haven’t decided yet (on the candidate) but we will be looking through some of the names. We will decide when the time comes.

“I have yet to know when is the official date of the election. We have to prepare ourselves for the time being,” he told reporters when met upon his return from his trade mission to Japan here at the state capital yesterday.

He said the most important thing is for the candidate to be likeable.

He stressed that Warisan should not be too confident of its chances.

“We must reach as many voters in the area. We cannot be too proud. We have to work hard and go into the villages to reach the voters,” he said.

He pointed out that the State Government had carried out several new initiatives around the Kimanis area, citing the recently announced Club Med project in Kuala Penyu as one of those initiatives.

He said that the project’s spillover will also reach Kimanis.

When asked to comment on who would be Warisan’s toughest opponent in the by-election, Shafie said that he could not single out any party and that he will not take the opponents lightly.

The election court had agreed with the petitioner, Karim, that there was misconduct on the part of the Election Commission in handling Forms 13 and 14 which affected some 341 ballots.

However, Anifah, who was former Foreign Minister, was cleared of his corruption or bribery allegations.