Home News PBS denies teaming up with Warisan Plus 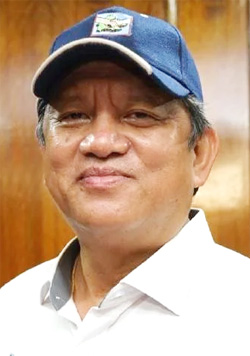 KOTA KINABALU: Parti Bersatu Sabah (PBS) has quashed rumours about it joining forces with Warisan Plus to form the Sabah government.

“PBS, as an equal partner in Gabungan Rakyat Sabah (GRS), remains firm with its allies – Perikatan Nasional (PN) and Barisan Nasional (BN),” he said in a statement yesterday.

Joniston also told Bernama it was not true that PBS had started making demands regarding the soon-to-formed state government.

This matter had not been discussed so far, said Joniston, who retained the Kiulu seat.

PBS held a post-mortem on the state election results at the party president’s residence yesterday morning.

PBS contributed seven of the 38 seats won by GRS, which gave the coalition a simple majority to form the state government.

Warisan Plus, which comprises Warisan, DAP, PKR, Upko and Amanah, lost the mandate to rule the state when it won 32 of the 73 seats up for grabs in the election.

“We will do our best to ensure our elected representatives are faithful and true to their promise of working hard and fulfilling their pledges and commitment to serve the ‘rakyat’ (people) and the voters to the best of their ability,” he said on his Facebook post yesterday.

He invited the people to work together with the newly-elected government and help correct any shortcoming as it strove to serve the ‘rakyat’ to the best of its ability. — Bernama