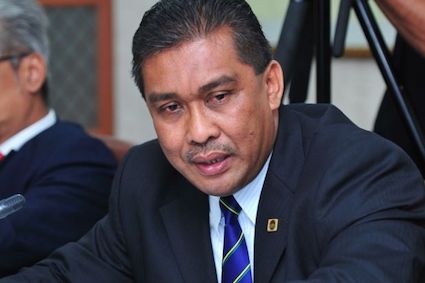 (FMT) – PAS secretary-general Takiyuddin Hassan today defended his labelling of Anwar Ibrahim as a former convict, telling those who criticised him over his remarks to review the court case.

Takiyuddin said he spoke based on facts.

“I ask those who demand that I apologise to check the facts and the law because this case has been decided by the courts.

“Our country has clear laws about the position of those convicted by the courts, so they have to check this,” he told reporters when met at an Umno event.

The Kota Bharu MP said he would not have labelled the PKR president as such if he had not checked against the facts of the case.

At a ceramah in Sandakan, Sabah, on Wednesday, Takiyuddin questioned if the people wanted a “former convict” like Anwar as their prime minister.

He said Anwar’s conviction and sentencing could not be questioned as it was a decision made by the Federal Court.

“As a lawyer, we know what happens when someone comes out from jail. Their status for the rest of their life is that of a convict,” he said.

This led to a demand by PKR Youth chief Akmal Nasrullah Mohd Nasir for Takiyuddin to apologise to Anwar and retract his statement, which he described as malicious and rude.

Anwar, meanwhile, said Takiyuddin’s remarks may be an insult to the previous Yang di-Pertuan Agong, Sultan Muhammad V, who granted him a full pardon.

Anwar was given a full royal pardon and early release from his five-year sentence for sodomising his former aide, Saiful Bukhari Azlan, and this allowed the former deputy prime minister to once again stand for election.

It was previously reported that Pakatan Harapan had agreed that Anwar will take over as prime minister from Dr Mahathir Mohamad.