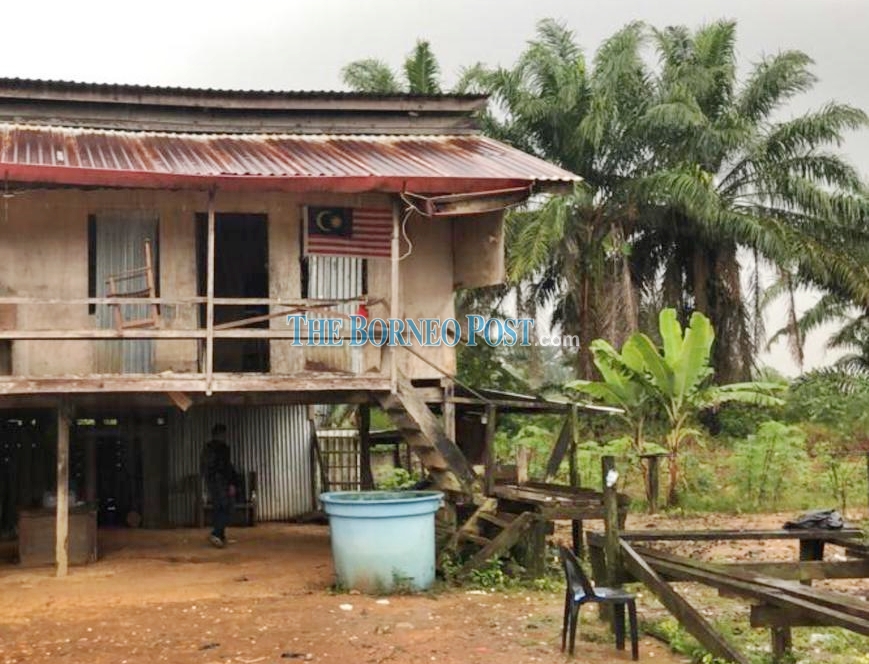 The house where the shooting took place.

SIBU: A foreign national was shot dead and another one suffered injuries to his right shoulder as a result of a shooting incident at an oil palm plantation at Jalan Pesisir Pantai Bintulu – Miri at about 11pm last night.

Bintulu district police chief Supt Zulkipli Suhaili said police were deployed to the scene shortly after receiving the report at about 2.48am this morning.

“At the scene, we found the victim, in his 30s, who we believe died due to gunshot wounds. There was also a stab wound to his neck,” he said in a statement today.

According to Zulkipli, initial police investigations also revealed that at about 11pm last night, the victim  and his 27-year-old-friend, also a foreign national, were talking in front of the house before gunshots ran out.

He said both victims ran away before one fell down and the other one managed to escape into the forest behind the house.

After the situation calmed down, Zulkipli said the one who managed to escape returned to the scene but found his friend lying dead.

The body was later taken to Bintulu Hospital mortuary while the injured victim also sought treatment at the hospital.

Zulkipli said the police would conduct a detailed investigation to identify the suspect and the motive behind the shooting.

He said police would investigate the case under Section 302/307 of the Penal Code for murder.

Wisma Putra: No report of Malaysians hurt in US riots after George Floyd’s death

Wisma Putra: No report of Malaysians hurt in US riots after...