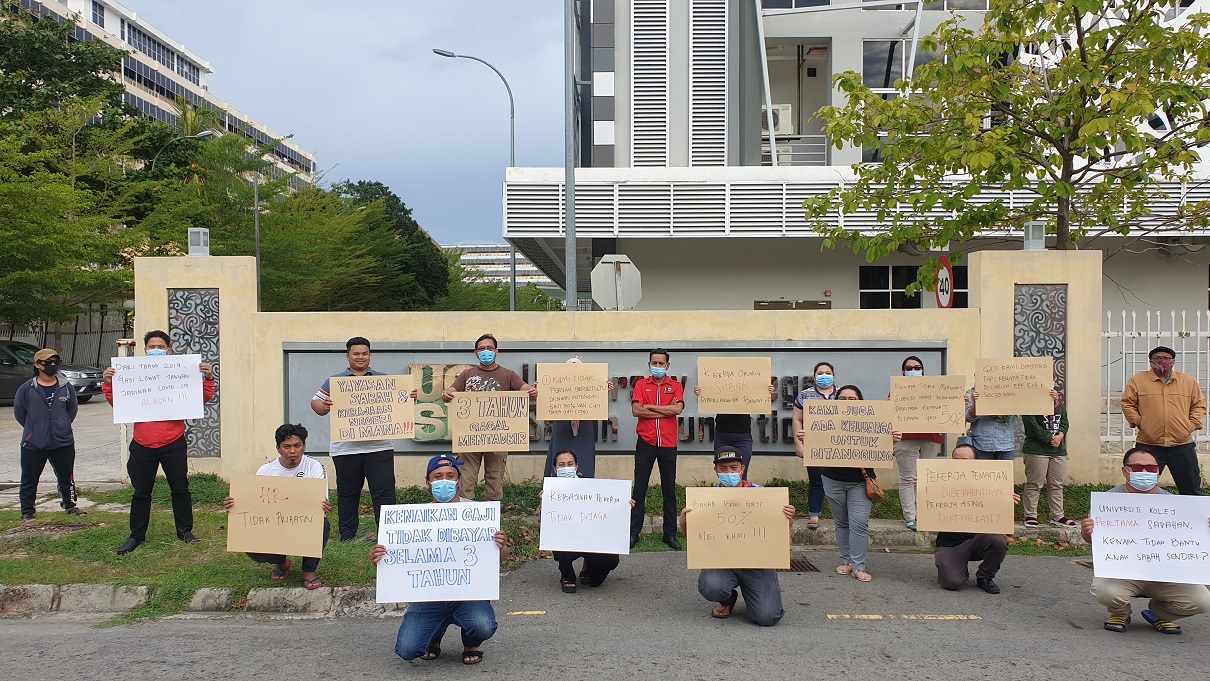 KOTA KINABALU: The Malaysian Trades Union Congress (MTUC) Sabah Division has called on Chief Minister Datuk Seri Shafie Apdal to seriously look into the problems at the University College Sabah Foundation (UCSF) which is reducing its staff salaries by half.

Its secretary, Catherine Jikunan, said the administration staff and lecturers had met with MTUC to discuss their predicament and suffering before the UCSF issued a memo informing them on the cost-cutting measure on June 23.

She said the memo mentioned that all the staff had agreed to accept 50 per cent deduction of their gross salary for four months.

“There was no agreement given by the staff to allow UCSF to cut their gross salary to 50%. It was delibrately decided by the management itself without prior consultation with all the staff. All staff were only given the memo after they made the decision,” said Jikunan in a statement yesterday.

Jikunan said the staff also informed her that UCSF is taking opportunity of the Covid-19 pandemic to carry out salary deduction and failed to fulfil their obligation towards the staff since 2017.

“As we are all aware, the government has announced a wage subsidy for another three months in order for the employers to retain their staff. Why UCSF did not take this subsidy? Most of the staff are B40 wage earners,” she said.

The staff also claimed that they did not receive their annual increment and they have been receiving their salary late since February 2019, and the May 2020 salary was only paid half.

UCSF, owned by the Sabah Foundation, is looking to slash staff salaries by half and possibly laying off hundreds as it struggles to deal with a sharp drop in student intake due to the Covid-19 pandemic.

Its vice-chancellor, Mohamed Haleem Mohamed Razi, said in the memo that these were part of cost-cutting measures in light of a plunge in intake for the April semester.

Under the cost-cutting scheme, staff will be subject to a 50% pay cut with working hours reduced to 20 per week.

If by September there has been no improvement in the university’s financial status, the number of active staff will be reduced to a minimum in order for it to stay afloat.

“A portion of the staff will be placed on unpaid leave from October onwards. They are allowed to find work elsewhere,?Haleem added in the memo.

UCSF, which was established in 2013, is a subsidiary of Sabah Foundation, a state government-linked company. It has close to 200 staff with 400 students presently enrolled. Shafie is the chancellor of the university.