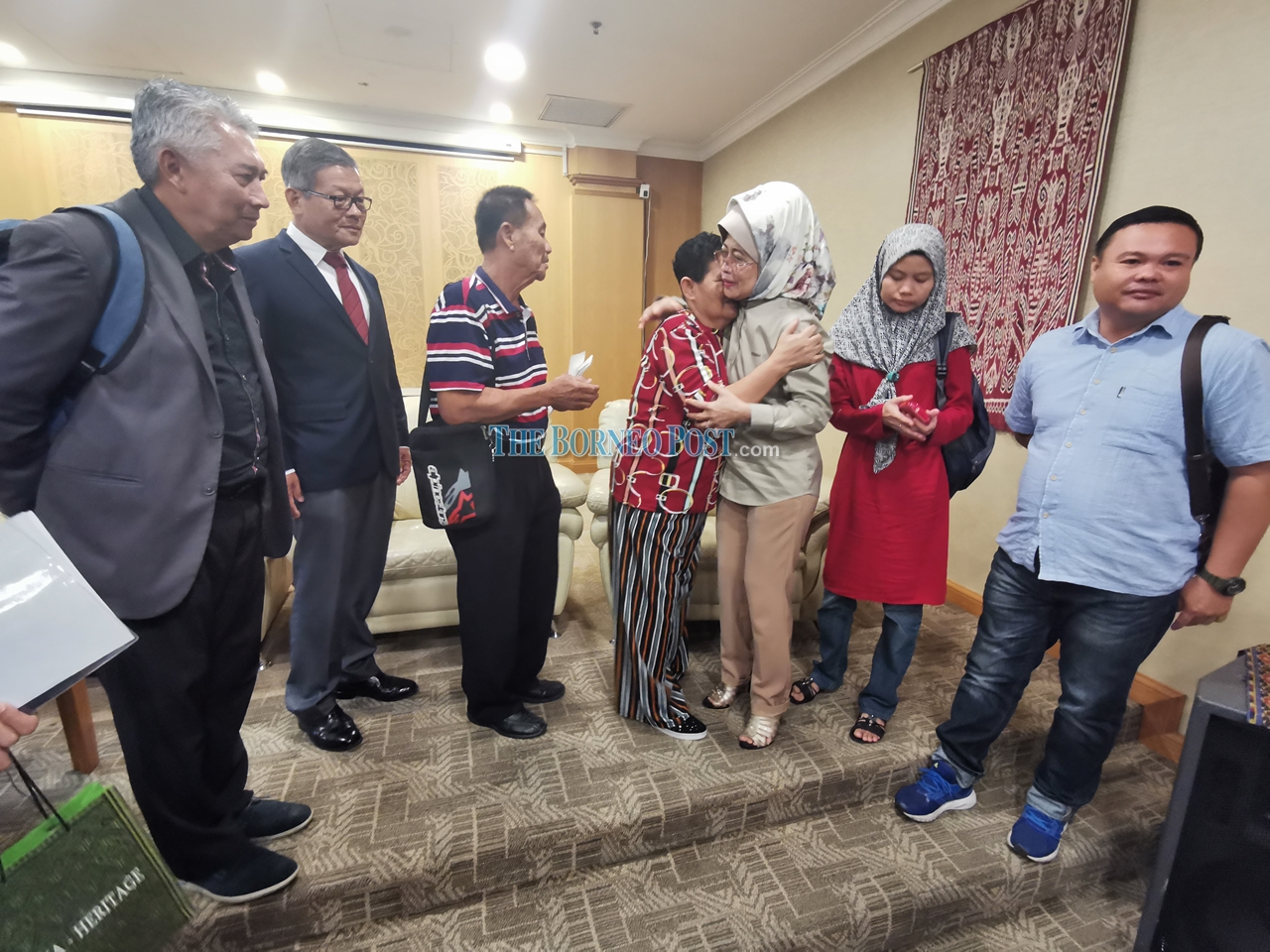 Fatimah (third right) is seen comforting David’s mother Teresa Hamlin before sending the family off for their flight. Photo by Roystein Emmor

KUCHING: The family members of missing soldier Corporal David Edmund Rapi from Dalat have flown to the Peninsular today with their flight expenditure fully borne by the Sarawak government.

In Alor Setar, the family will stay at the rest house of an army camp there where they will seek more answers to the disappearance of David, 39, and fellow Sarawakian soldier Lance Corporal Moses Logers, 25, who were reported missing while taking part in ‘Ops Pejarak’ in Pulau Perak in Kedah on July 19.

In a press conference prior to the flight, Fatimah said she on behalf of the family thanked Chief Minister Datuk Patinggi Abang Johari Tun Openg for agreeing to assist them.

She also expressed gratitude to acting State Secretary Datu Jaul Samion and UKPN led by Chai for assisting with the travel arrangements for the family.

“We must also thank former army general Leftenan Jeneral (retired) Datuk Stephen Mundaw for helping to communicate with Ministry of Defence (MinDef) to facilitate this trip.

“From what Morni, Corporal David’s brother told me, the family were adamant in traveling there to collect all of his personal belongings. They will return to Sarawak on Aug 17,” she said.

The two missing soldiers were not present during a roll call on the night of July 19. All their belongings were left behind except for their smartphones.

Fatimah explained that Moses’ family are not joining the trip as they had already traveled to Pulau Perak on their own initiative not long after Moses was reported missing.

“Maybe they had a bad experience during their last trip. It is now 26 days now since their (soldiers) disappearance and we hope that the authorities will continue with the search operations for them.

Meanwhile, Morni thanked the Sarawak government for assisting their family and they prayed that their trip will be smooth and fruitful.

He said his family was still not satisfied with the explanations given and lack of communication by the authorities especially on the search and rescue efforts.

“So, which is which now? That’s what we hope we can find out during our trip there as we also seek to speak to the relevant officers,” said Morni.

Guan Eng: Govt will consider payments into bank accounts of beneficiaries without smartphones in e-Tunai programme

Strict checks at all entry points nationwide to prevent spread of...