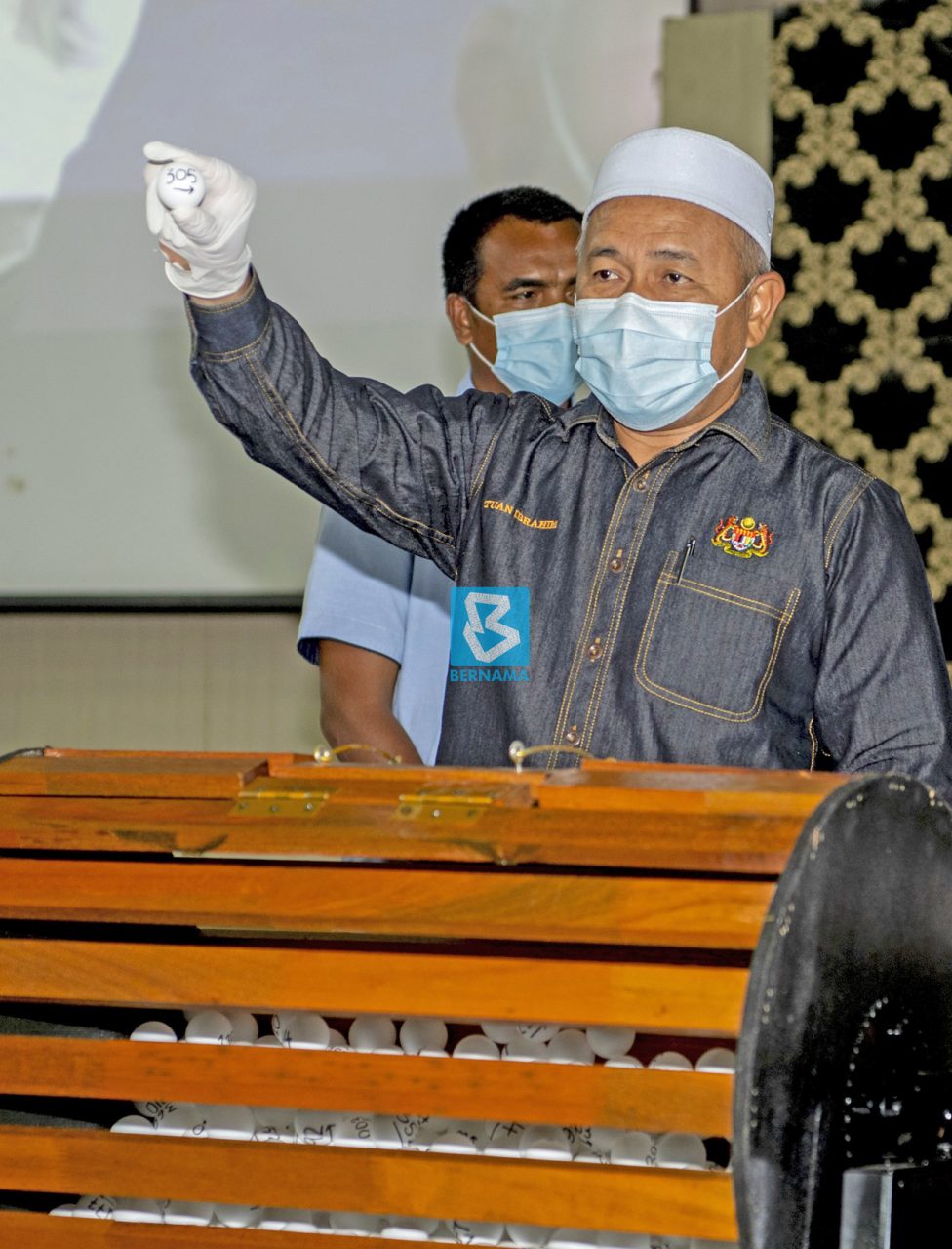 Ibrahim draws the tender lot for works under Kasa for Kota Bharu district at the Dewan Jubli Perak. — Bernama photo

KOTA BHARU: The Environment and Water Ministry (Kasa) has approved an additional allocation of RM66 million to implement 802 river conservation projects in an effort to reduce flood risks nationwide.

Its minister Datuk Seri Tuan Ibrahim Tuan Man said it was in addition to the existing allocation of RM80.3 million approved by the Economic Planning Unit under Rolling Plan 4 (RP4) for the implementation of 615 projects.

He also said about 500,000 residents in several areas would benefit from the projects which are expected to be completed by the end of this year.

“All 802 projects are to address and reduce the impact of floods on the people through the implementation of river conservation work, upgrading drainage systems, emergency work (before or after flood) and other flood-related work scopes,” he explained.

He said this to reporters after witnessing the lot drawing process for works under Kasa for Kota Bharu district at the Dewan Jubli Perak here yesterday.

“The ministry hopes that the implementation of these projects will indirectly help small contractors affected by the Covid-19 pandemic,” he added.

Meanwhile, he said a total of 833 registered contractors participated in the lot drawing process for works under the Kasa for Kelantan which will be implemented in stages.

“The total (allocation) for the flood-related projects in Kelantan is RM6.4 million and the focus will be on areas adversely affected by natural disaster, especially those affected by flood in 2014,” he said. — Bernama