Home News It wasn’t an earthquake, explains Penghulu after ground opens up near Long... The front entrance of Long Lama Clinic has been closed due to the land slip, which can be seen covered under a white plastic sheet.

MIRI: The cracked ground in front of the Long Lama Clinic  is not caused by an earthquake as claimed on social media, Long Lama community leader Penghulu Desmond Yap said today.

He also explained, when contacted by Utusan Borneo, that the ground on the banks of Baram River had shifted two weeks ago due to the heavy and regular downpour in the area.

The clinic remains open although the main entrance is now closed, he added.

“It is because of a land slip and not an earthquake as people have claimed on social media. It happened two weeks ago because of heavy rain,” he said. 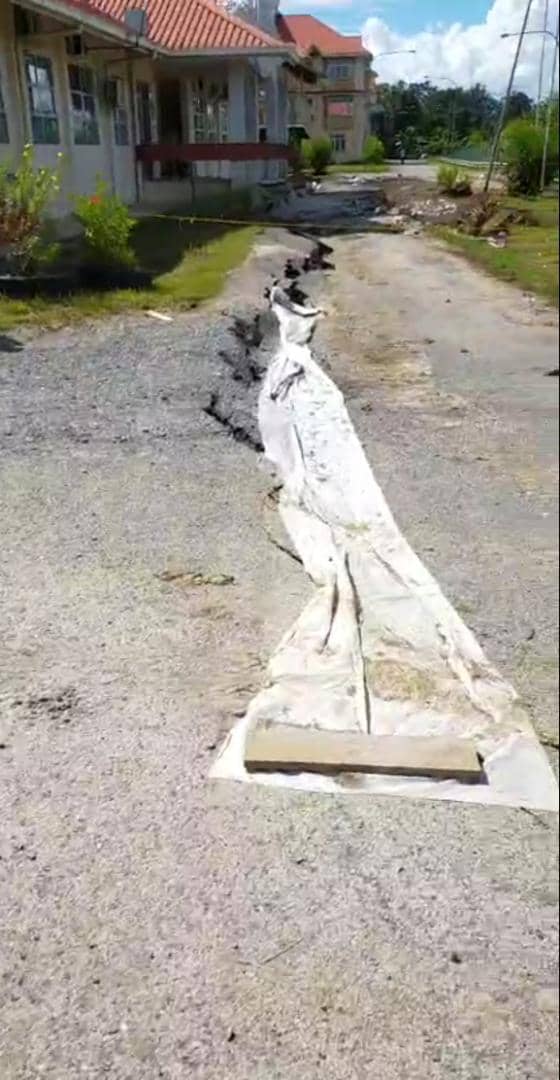 The fissure measuring some 30m.

Videos that went viral on social media yesterday, showed a fissure some 30m long in front of the clinic, leading many to believe that an earthquake had happened in the area.

Yap said the Public Works Department (PWD) had sealed off the front of the clinic and the public are now accessing the building from the rear.

He added that PWD officers from Miri and Kuala Lumpur had inspected the area last week and they were now awaiting their next course of action.

Covid-19: Time for people to step up as ‘frontliners’, says Health Minister

Covid-19: Time for people to step up as ‘frontliners’, says Health...

Experts: Rethink on urban design much needed as Covid-19 reshapes what...