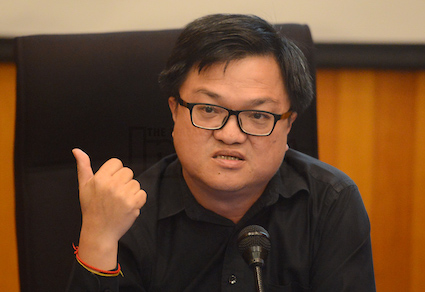 (Malaysiakini) – Pakatan Harapan and its allies have been working to wrest back Putrajaya since their government fell in late February, but in their haste to do so, they may end up legitimising the Perikatan Nasional (PN) government.

Despite Harapan’s claims that it had enough numbers in the Dewan Rakyat to regain Putrajaya, Prime Minister Muhyiddin Yassin could circumvent their attempt by calling for a snap poll where Harapan and its allies would be badly defeated.

Not only that, but Umno and PAS would also gain the most out of a snap poll.

“Why should Muhyiddin surrender to Harapan Plus and not ask for dissolution?

“From Umno and PAS’ position, a snap poll is the best outcome, which they – with or without Muhyiddin’s Bersatu – may win some 90 to 100 seats.

“While that falls short from a simple majority, it would be a big leap from 57 (Umno plus PAS) now,” Wong said.

Harapan Plus, as the coalition and its allies were referred to, had been at an impasse over their prime ministerial candidate, with a choice between former prime minister Dr Mahathir Mohamad, PKR president Anwar Ibrahim, and the latest contender Warisan president Shafie Apdal.

However, the prime ministerial candidate would be an “empty title” without the support of Gabungan Parti Sarawak (GPS), which has 18 MPs, Wong said.

GPS has consistently maintained that they remain firm in their support of Muhyiddin and without any strong incentive, it was unlikely for them to switch their allegiance over to Harapan Plus.

Even if Harapan were to gain GPS’ support, the coalition would still need to win over a significant number of Umno or Bersatu MPs to block any protest in the name of Malays and Islam to push for a snap poll, Wong said.

“If Harapan is now so fragile and unstable, I can’t see why (GPS, Umno, or Bersatu MPs) would jump to join a government that looks more likely (than the previous Harapan government) to collapse and face a snap poll in which Malay voters may punish them,” he said.

He also said that out of 23 Umno and Bersatu backbenchers who are not facing corruption trials, 15 of them have government-linked company (GLC) appointments, which made it even more unlikely for them to jump parties.

This may be an acceptable risk for Mahathir (above), who is pushing 95 this year, but why should DAP and Amanah accept this risk, Wong questioned.

“Harapan Plus’ calculation to wrest back power with a counter-coup may end up in causing a snap poll which would strengthen Umno and PAS’ position for five years.

“Given Mahathir’s advanced age, risking a snap poll with even the success rate of one percent is worth it. It’s his last gamble.

“Why should DAP and Amanah, which have years to go, take such a big risk? I am puzzled,” he said.

Mahathir is also pushing for a counter-coup because waiting for the next general election will see him lose his last political battle and Muhyiddin will “have the last laugh”, he added.

At the same time, Anwar should bear some responsibility for the current situation, as he failed, as a parliamentary opposition leader, to lead the opposition in scrutinising the PN government and mobilising the public against selective prosecution, Wong said.

As the parliamentary opposition leader, Anwar (above) should have formed a shadow cabinet, even if it was just a partial one with senior PKR MPs if the other parties in Harapan Plus were not interested.

The shadow cabinet should have been coming up with alternative policies on Covid-19 and the economy, instead of attacking PN’s illegitimacy, Wong said.

“Anwar should now ignore the PM9 psywar game and get down to his business as parliamentary opposition leader.

“He can blame Mahathir for stopping him to become prime minister, but Anwar is the only one who has stopped Anwar from being an effective parliamentary opposition leader.

“If you can’t even lead a shadow cabinet lineup, how do we know that you can lead a real cabinet?” Wong asked.

Why did Syed Saddiq change his lawyer and withdraw his suit against PPBM?