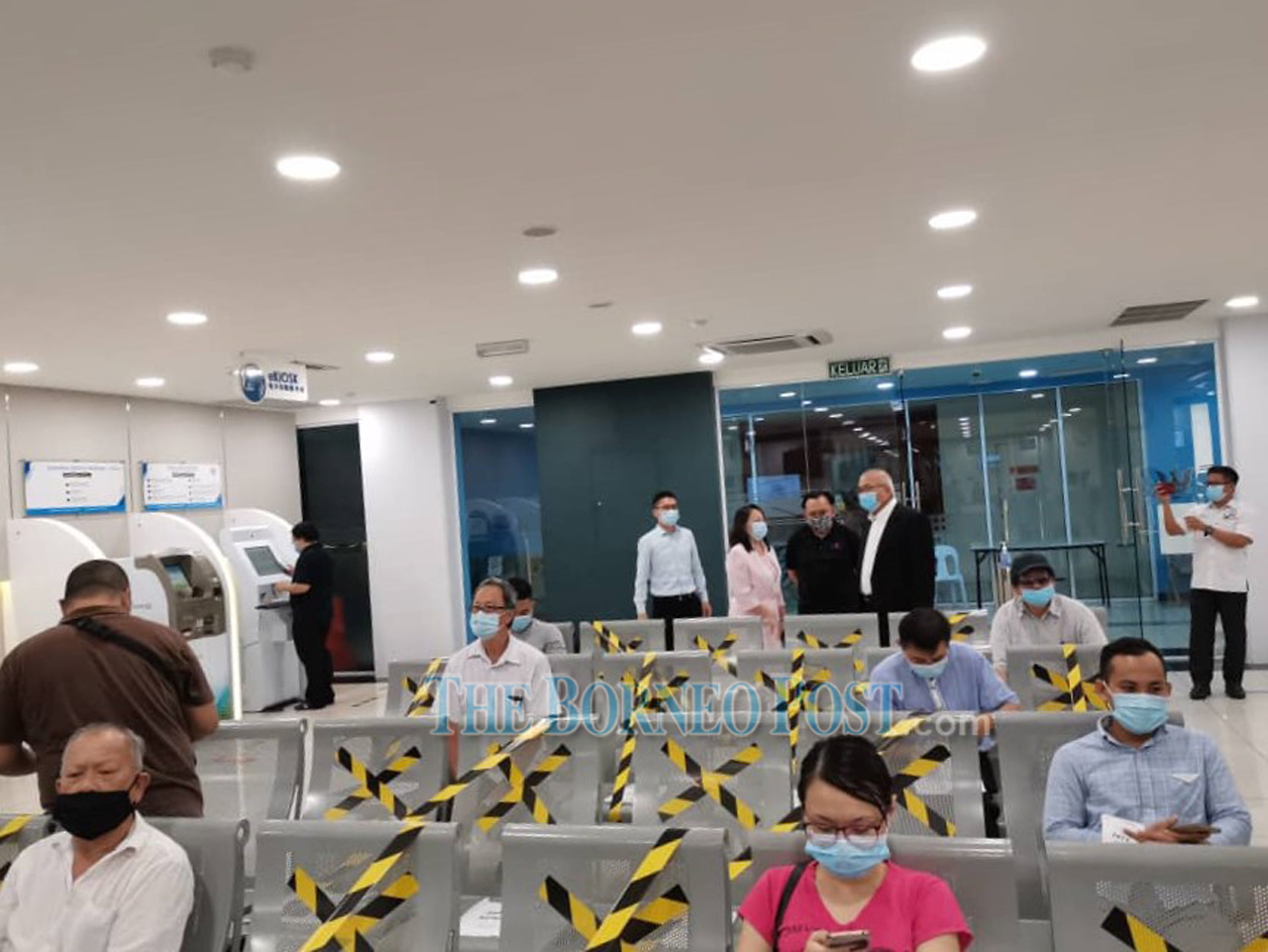 Yii (back row, left) talking with MCC officials during his visit to Sarawak Services Counter at UTC Miri .

Miri mayor Adam Yii confirmed this after being briefed by UTC Miri manager Mohammad Nurhisham Ismail during his visit to the centre yesterday.

Yii also disclosed that the construction of Miri City Hall had resumed two
weeks ago.

“The City Hall construction project has been reviewed under the Standard Operating Procedure (SOP) along with the council’s other city services such as grass cutting and drainage cleaning where these services had been stopped during the Movement Control Order (MCO) implementation except for garbage collection services.”