Home News Fatimah: Preparations have been made to aid victims affected by floods 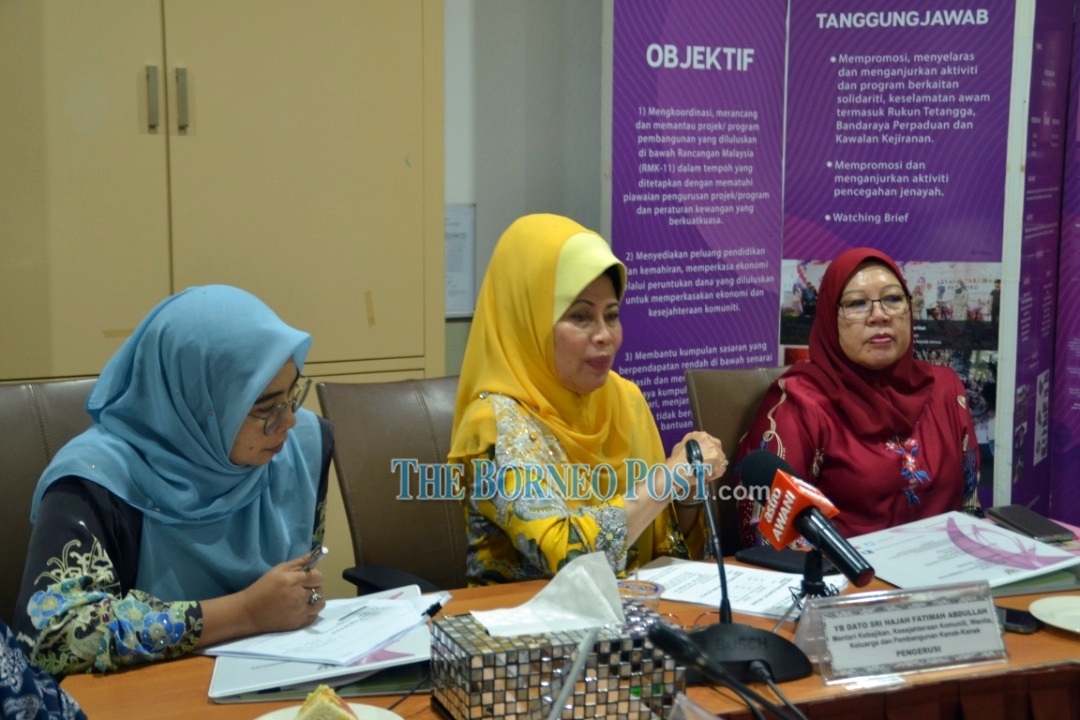 Fatimah (centre) at the press conference.

KUCHING: The Ministry of Welfare, Community Wellbeing, Women, Family and Childhood Development has made preparations to aid the victims affected by floods.

Its minister Dato Sri Fatimah Abdullah asserted that preparations have been made in terms of relocation, food supplies and logistical needs.

“A total of 17 forward bases located throughout Sarawak were set up to ensure fast delivery of the aid to the affected victims. The bases were set up in rural areas in Kuching, Kapit, Bintulu and Miri – where they are prone to floods.

“The government also funds the basic food supplies and transportation needs to aid the victims with an overall cost of RM185,980,” she said during a press conference after the One Stop Teenage Pregnancy Committee (OSTPC) meeting held in Bangunan Baitulmakmur, Petra Jaya here today.

Fatimah also pointed out that various services such as counselling and health screening will be set up to aid the victims in the flood relocation centres.

She added that counsellors from both the ministry and the state Health Department will be ready to assist the victims, especially senior citizens.

“The Welfare Department should also arrange activities for the children in the relocation such as reading programmes or colouring contests so that they will not get bored and their parents relieved to see them happy,” she added.

She then advised parents to monitor their children’s activities to avoid any unwanted incidents, especially during this monsoon season.

IGP: All ‘frozen’ cases at Bukit Aman’s commercial crimes unit to be reopened

Chicken price will not exceed RM9 per kg by August, says deputy minister