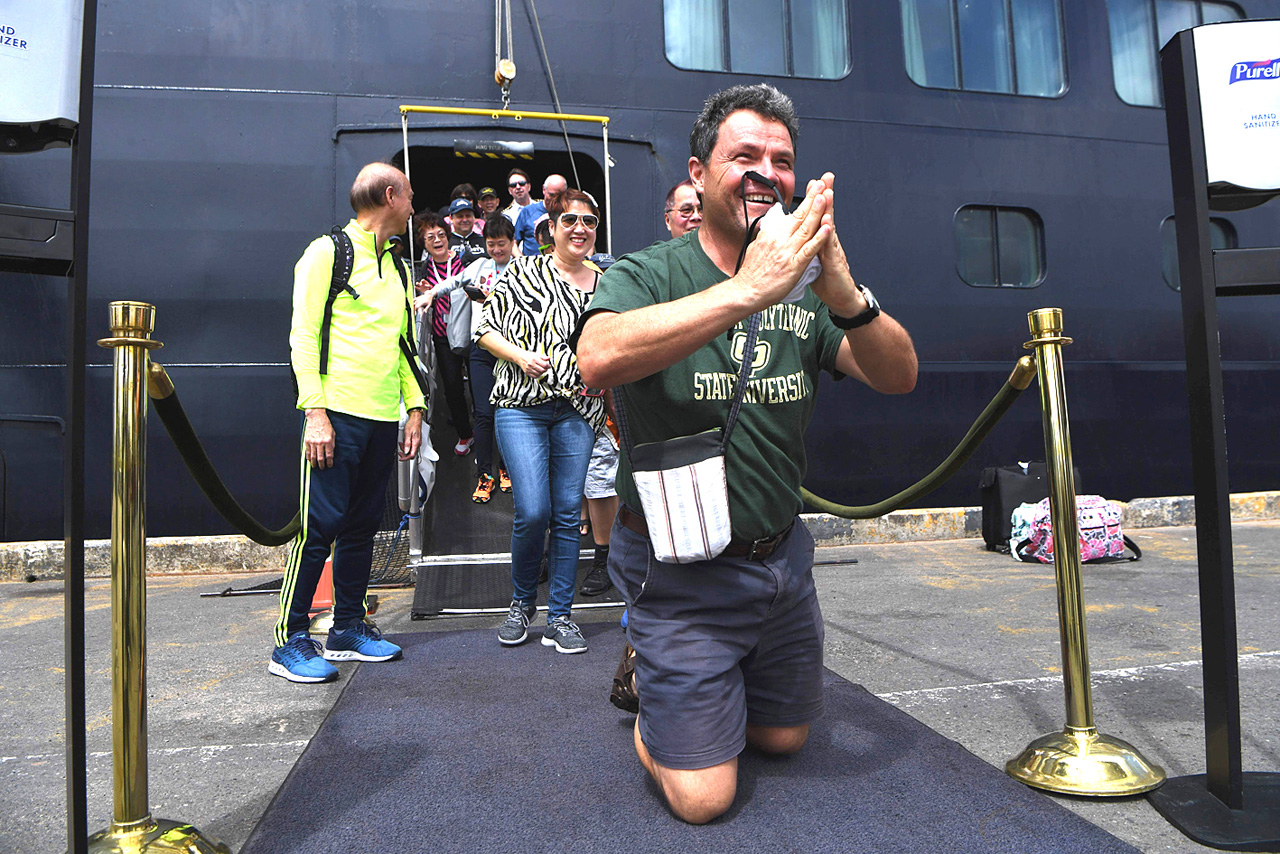 A jubilant passenger reacts as he disembarks from the Westerdam cruise ship in Sihanoukville. — AFP photos

SIHANOUKVILLE, Cambodia: Passengers on a cruise ship that was turned away from ports around Asia over fears they could be carrying the new coronavirus finally began disembarking in Cambodia yesterday.

Cambodia’s strongman premier Hun Sen welcomed around 100 tourists who were handed flowers and scarves as they stepped ashore after an uncertain two weeks at sea.

The Westerdam was supposed to be taking its 2,257 passengers and crew on a 14-day cruise around east Asia, beginning in Hong Kong on Feb 1 and ending today in Yokohama, Japan.

But the vessel was barred by Japan, Guam, the Philippines, Taiwan and Thailand over fears it was carrying someone with a new virus that has now killed around 1,400 people and sickened 64,000, mostly in China.

Cambodia — a staunch Beijing ally that receives huge sums of Chinese money every year — announced this week that the boat could dock in Sihanoukville.

Dozens of jubilant passengers took advantage of their new-found freedom and visited a nearby beach, while some hugged Hun Sen — Cambodia’s ruler for 35 years — as they disembarked. One man even kissed the ground.

“Cambodia pays more attention to human rights… we respect the rights of the more than 2,000 people on the boat,” Hun Sen said, relishing the rare positive focus on a leadership more commonly hammered for rights abuses.

“We don’t have wealth like a rich country but we have sympathy for the passengers stranded on the ship.”

All passengers will be allowed to disembark after no cases of the coronavirus were found aboard. 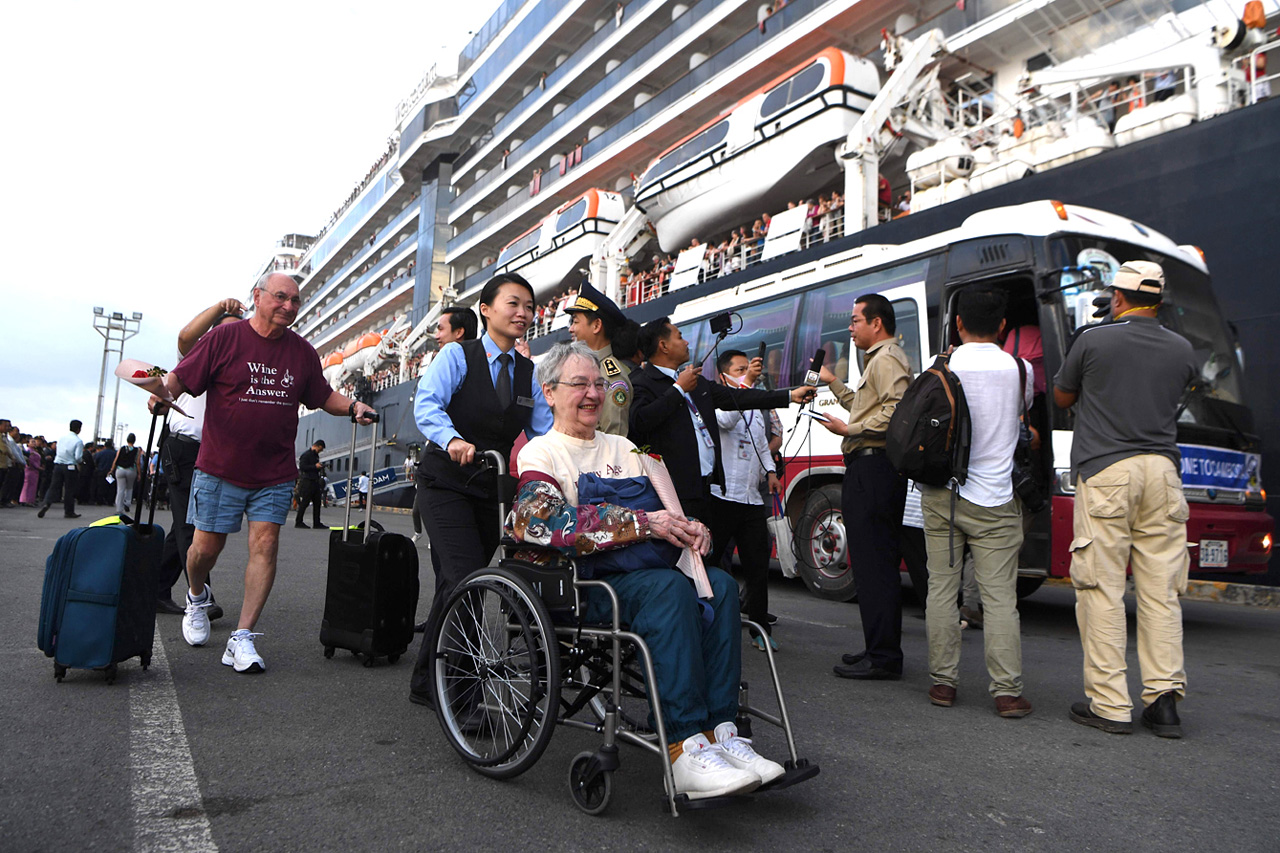 Passengers who disembarked from the Westerdam cruise ship get on a bus in Sihanoukville.

Christina Kerby — who has been posting light-hearted updates from the ship since the ordeal started — said she was ‘in tears’ over the warm reception.

“The show of support is overwhelming,” she tweeted.

Cambodia receives billions of dollars in soft loans, infrastructure and investment from China, which dispenses it with no questions asked over human rights abuses in the country.

Hun Sen, Asia’s longest serving leader, has been vocal in his praise of Beijing’s handling of the epidemic, which began in the Chinese city of Wuhan late last year.

Unlike most Western nations, he refused to evacuate citizens from the epicentre, insisting that Cambodians should show their support for the Chinese.

Last week, he travelled to Beijing to meet with Premier Li Keqiang and President Xi Jinping in a show of solidarity. — AFP

M’sia works on sending back 110 containers of plastic waste

M’sia works on sending back 110 containers of plastic waste