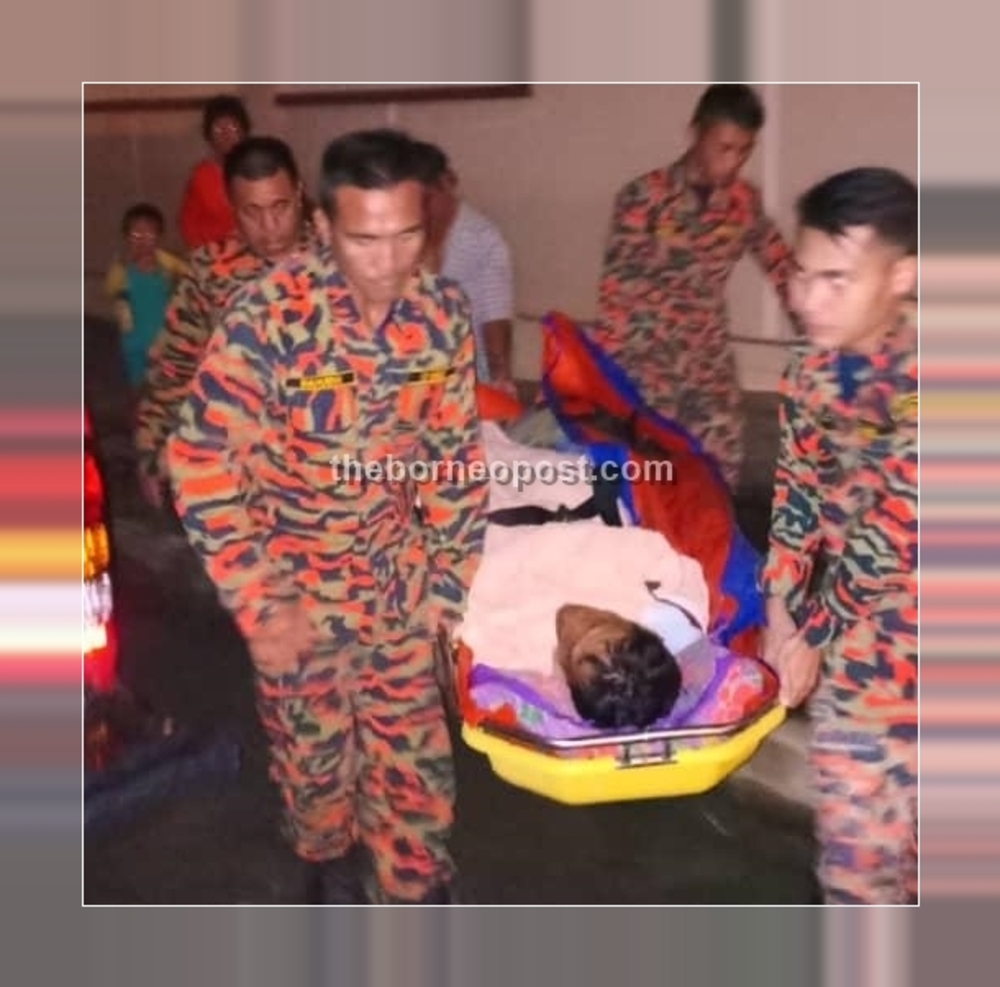 Bomba personnel rush to transport the victim to Marudi Hospital after he was attacked by a crocodile while fishing near Kuala Tutoh in Marudi earlier today.

MIRI: A 31-year-old man was mauled by a crocodile while on a fishing trip near Kampung Kuala Tutoh, in Marudi Baram today.

In the 1am incident, victim who had gone fishing alone sustained injuries to his leg and right abdomen when the reptile attacked him.

The victim claimed that the crocodile appeared out of nowhere and swung its tail at him, causing him to fall from his boat.

The reptile then tried to pull him underwater, but he managed to escape and swim to safety, though heavily injured.

“The victim was bleeding seriously from the attack and the team rushed him to Marudi Hospital, and he was later referred to Miri Hospital for immediate treatment,” Law said.