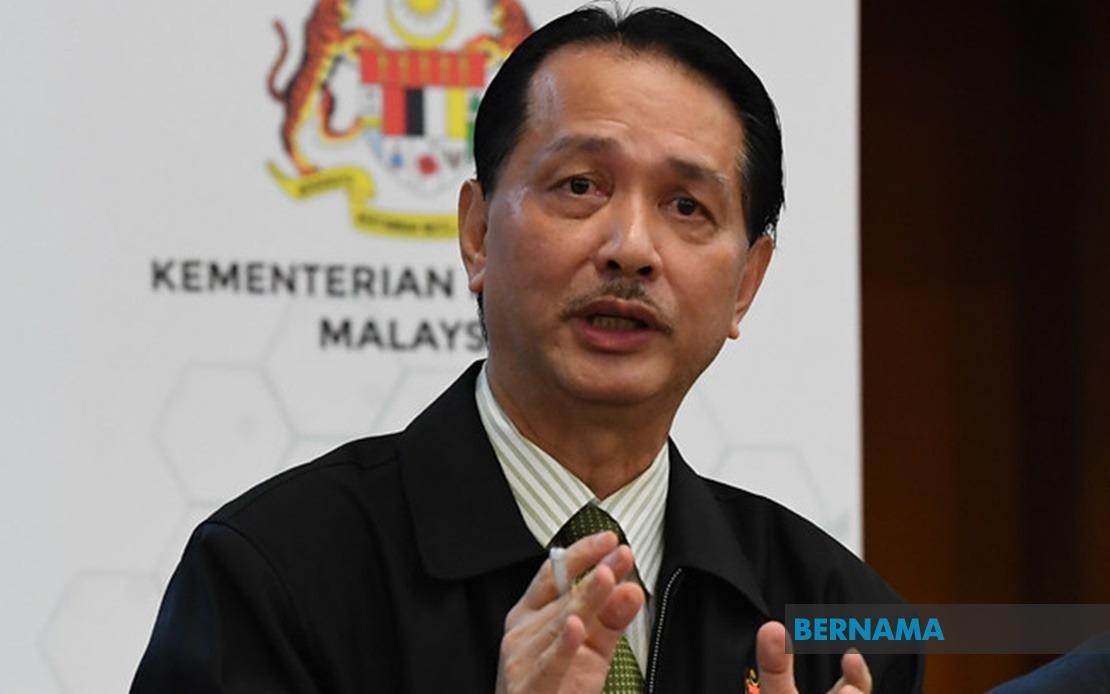 KUCHING: Fifty-three individuals who have been infected with Covid-19 have recovered and were discharged from hospitals today, said Director-General of Health Datuk Dr Noor Hisham Abdullah.

“This brings the number of cumulative recovered and discharged cases to 5,912,” he told the daily update press conference in Putrajaya.

Dr Noor Hisham said Malaysia recorded 48 new Covid-19 positive cases, four of which were imported cases and five others were on ventilators.

He said the country also recorded a new cluster at the Semenyih detention centre with 21 Covid-19 positive cases reported today.

According to him, the MoH is still looking into the standard operating procedures of detention centres including Semenyih, Bukit Jali and Sepang.

He said before detainees were taken into these centres, they were screened and tested, adding that only those whose results that came back negative would be detained.

He said the MoH had also tested all the staff at these centres, whose results came back negative.

This, he said, had ruled out the staff as the source of infection.

“Perhaps it was during the incubation period that the virus was not detected. We are investigating the cause of infection. We are taking precautionary measures for all the detention centres.”

On the case involving an officer who attended a recent Cabinet meeting having tested positive for Covid-19, Dr Noor Hisham said samples had been taken from all the 25 who were present at the meeting.

He said one of the requirements to attend the meeting was to have the attendees’ samples taken.

“Our proactive action has detected that one officer was infected. That officer has been admitted to the hospital for treatment. Once the officer was admitted, we need to do active close contact tracing,” he explained.

He said all officers sanitised their hands before entering the meeting while the swab tests conducted on the 25 individuals came back negative.

“Having said that, even though negative, we need to quarantine them for at least 14 days. This is what we advise them, and hopefully all the 25 will have self-quarantined at home for 14 days,” he added.

Maszlee tells Bersatu to reject ‘kleptocrats’, return to root cause, but stops short of naming anyone

Socso: Job losses in Malaysia increased by 42pc in Q1 due to Covid-19

Maszlee tells Bersatu to reject ‘kleptocrats’, return to root cause, but...

Socso: Job losses in Malaysia increased by 42pc in Q1 due...

Hamilton right to speak out on racial injustice, says Ecclestone