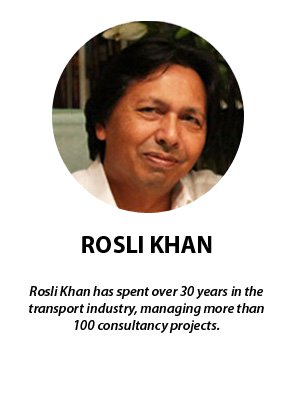 Among the concerns expressed is that the Bumiputera agenda of the nation appears to have been cast aside in favour of open tenders, transparency and lack of funds.

Three past by-elections, in Cameron Highlands, Semenyih and Rantau, have shown Malay voters deserting PH, and the trend is likely to continue in the coming Tanjung Piai by-election.

Among the concerns expressed is that the Bumiputera agenda of the nation appears to have been cast aside in favour of open tenders, transparency and lack of funds.

With Pakatan Harapan, especially PPBM, under tremendous pressure as the Umno-PAS alliance threatens to make further inroads into Malay support, the time has come for prime minister Dr Mahathir Mohamad and his government of 16 months to implement structural changes.

The finance minister is the equivalent of Britain’s Chancellor of the Exchequer, a government version of a corporate chief financial officer responsible for looking after existing revenue. In the case of the government, it is about the management of taxes, duties and excise and various government income and borrowings.

The finance ministry controls the public purse and the government’s yearly expenditure on operations and development through the annual budget, the one for 2020 to be presented next week.

The minister has a huge responsibility.

However, as with a corporate CFO, the minister should not be involved in generating new business, making new deals or, in the case of the federal government, getting busy with planning for the country’s infrastructure, such as highways, airports, railways and ports, as well as public transport.

A CFO is not always client-friendly or business savvy. He goes by the book. So, too, must the finance ministry: it is not expected to be voter-friendly when controlling the public purse, and should not be seen to wield undue power in matters within the purview of other ministries. Neither should it make remarks which may affect the markets or become a hindrance to business and economic activities.

Business growth means new taxes and better income for the nation. That must be the focus of the finance ministry.

In the previous government, the same structure and unprofessional management style led to massive abuse of power, dubious decisions and corrupt practices. Political patronage was rampant. Poor project supervision led to cost over-runs, delays and poor deliverables to the nation and the people.

The present finance ministry must do more to shed some aspects of this negative image.

It should allow itself to be revamped, re-organised and be made responsible only for matters related to finance, and its tasks limited to managing the existing financial income, including taxation and banking. It should also not participate in activities which may compromise the principles of accountability and transparency.

The ministry should not, for example, be deciding how to create jobs for unemployed graduates, or how to manage foreign labour (eg. through MyEG).

It ought not to be involved in the evaluation of private sector proposals under private-public partnerships (eg. fuel subsidies).

Neither should it be involved in any process to take over the four Klang Valley expressways.

At present, the ministry is responsible for the performance of the Urban Development Authority, Bank Pembangunan, Exim Bank, Securities Commission, MavCap and Cradle Fund, among others.

And yet it is also responsible for overseeing the inflow of foreign funds, overriding the central bank. This unnecessary controlling mechanism has negatively impacted Malaysia’s investment climate.

Any perception of the finance minister being an extremely powerful person in the government may continue to haunt Malay voters, not only in Tanjung Piai but possibly throughout the country.

With the current leadership tussle for the PM’s post, PH is seen as a very uncertain, inefficient and ineffective government.

One cannot therefore blame the Malay voters for not thinking otherwise.

Mahathir must intervene quickly to correct that perception.