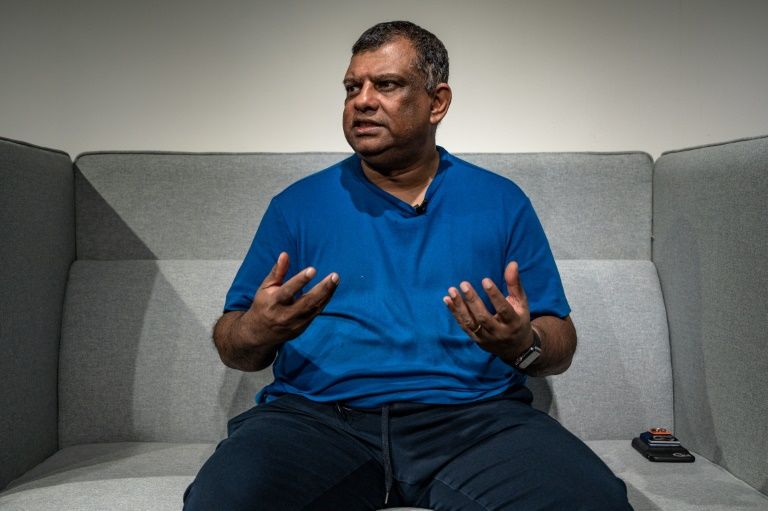 AirAsia boss Tony Fernandes told AFP the top budget carrier would emerge ‘stronger’ from the coronavirus pandemic despite a warning about its future. AFP Photo

KUALA LUMPUR: AirAsia boss Tony Fernandes insisted Thursday the top budget carrier would emerge “stronger” from the coronavirus pandemic despite a warning about its future, and said the airline was hopeful of raising a sizeable cash injection.

In an interview with AFP, the colourful chief executive said he never imagined the industry could face such a crisis, which has triggered massive layoffs worldwide and led to some carriers collapsing.

“I never believed the aviation industry could be hit this hard. But… we are still flying,” he said from his office in downtown Kuala Lumpur.

“This will not go on forever. We will come out stronger.”

AirAsia pioneered low-cost travel across Asia in the early 2000s, feeding insatiable demand for cheap flights from a rapidly-emerging middle class, and became one of the region’s top budget carriers.

But the Malaysian carrier reported dismal first-quarter results this week after grounding almost its entire fleet due to the virus, prompting auditor Ernst & Young to warn of “significant doubts” about its future.

Fernandes said the airline could not “run away” from the assessment but added: “We had four months of no revenue, that does not mean liabilities will exceed assets for the rest of our lives.”

AirAsia was taking steps to minimise costs, including cutting about 7.5 percent of 23,000 staff across its businesses, he said, but added he hoped there would not be any further job losses.

Fernandes said the airline was in talks with international and local lenders to raise funds to weather the crisis, adding he was hoping to raise “more than one billion” ringgit ($230 million) — and possibly up to double that within six months.

Business has rebounded strongly since flights resumed in late April, and Fernandes said he was confident conditions would improve, particularly in AirAsia’s key markets.

“We are flying domestically, we know that international flights are not far away,” he said.

“AirAsia is in a good market because COVID has been pretty well controlled in (Southeast Asia) and North Asia.”

He said the impact on budget carriers would not be as severe because people were more likely to fly short-haul.

Long-haul travel would “take a while” to recover, he added.

But Fernandes, who is also the co-owner of London football club Queens Park Rangers, added the carriers could collaborate in areas like engineering.

Malaysia Airlines has struggled to recover from two crises in 2014 — the disappearance of flight MH370, and the shooting down of flight MH17 over Ukraine — and the government has been seeking a strategic partner for the carrier.

And Fernandes insisted he was “confident” about the future.

“We’ve got to laugh, we’ve got to be positive,” he said. “Flying is not going to disappear.” – AFP