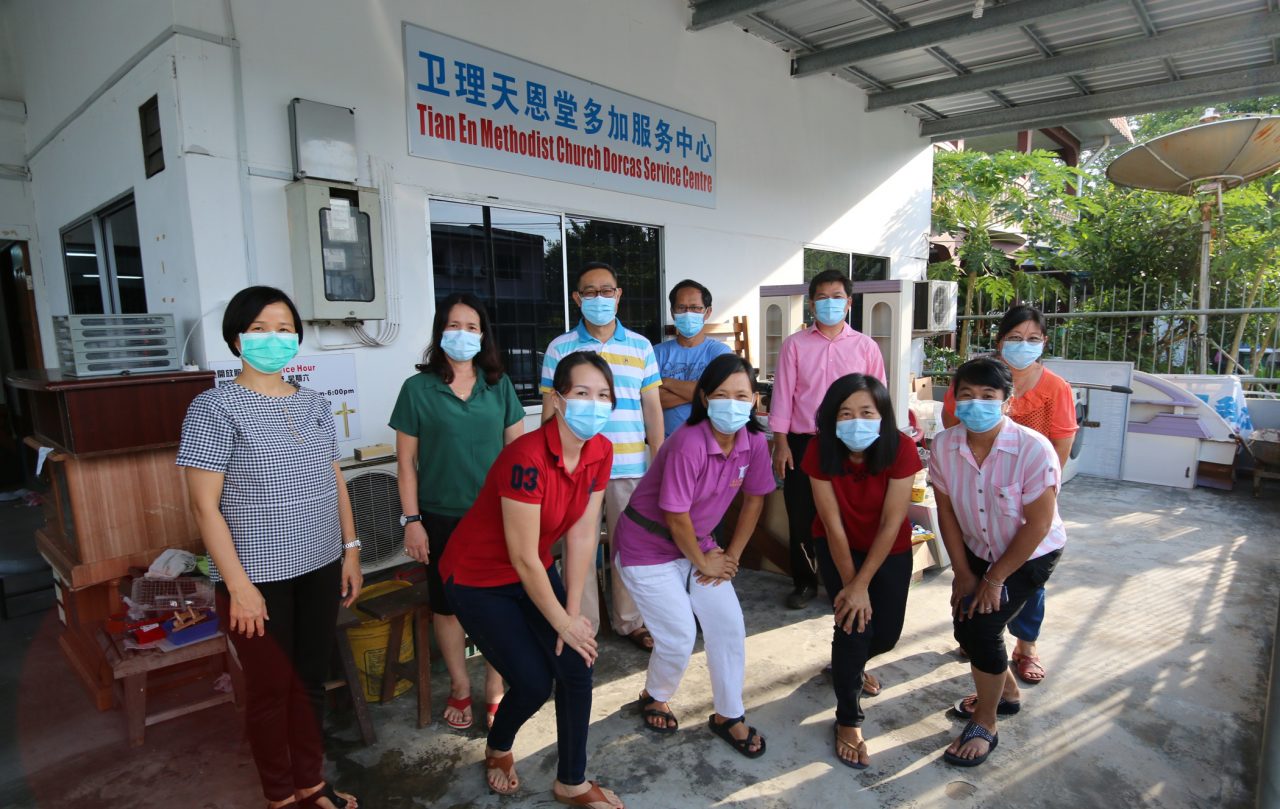 Volunteers and church members help out at the centre.

Pastor Clement Yek said to facilitate the service, the centre collects and repairs old furniture, then sells them back to the community at very low prices. Household items and clothes are also collected and sold in this manner. 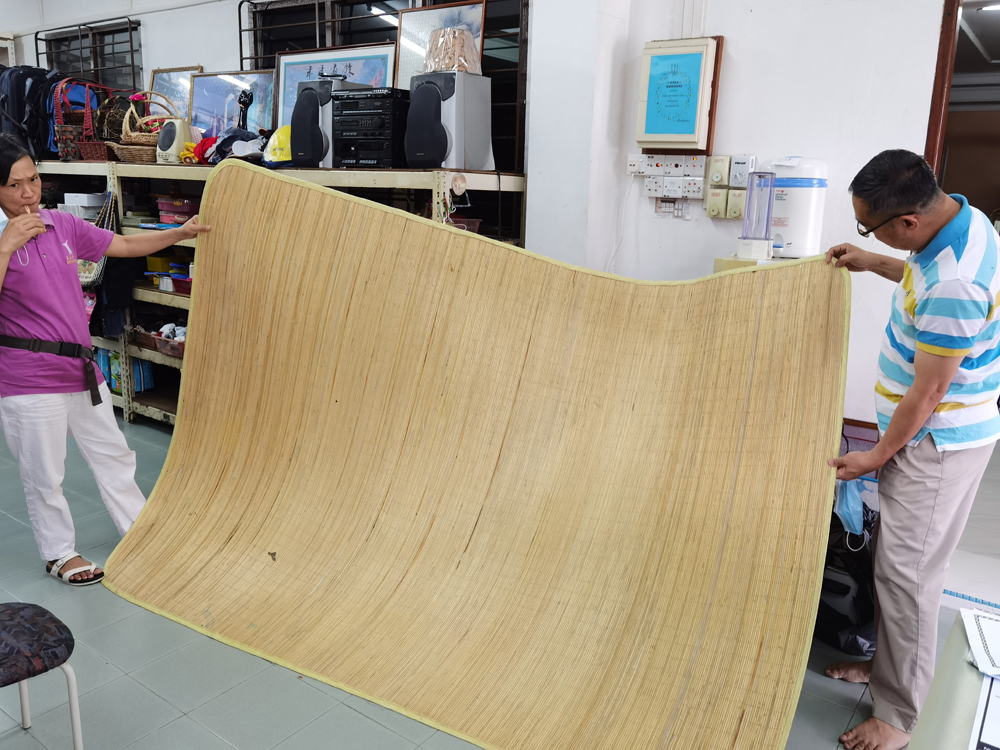 This donated mattress is still in good condition.

“We are doing this because most of the community we are serving work in the factories and their salary is not that high. We know furniture is important, so we decide to make it affordable. We also collect clothes from the congregation and the public.”

Yek and his team have been planning this project since December 2018. 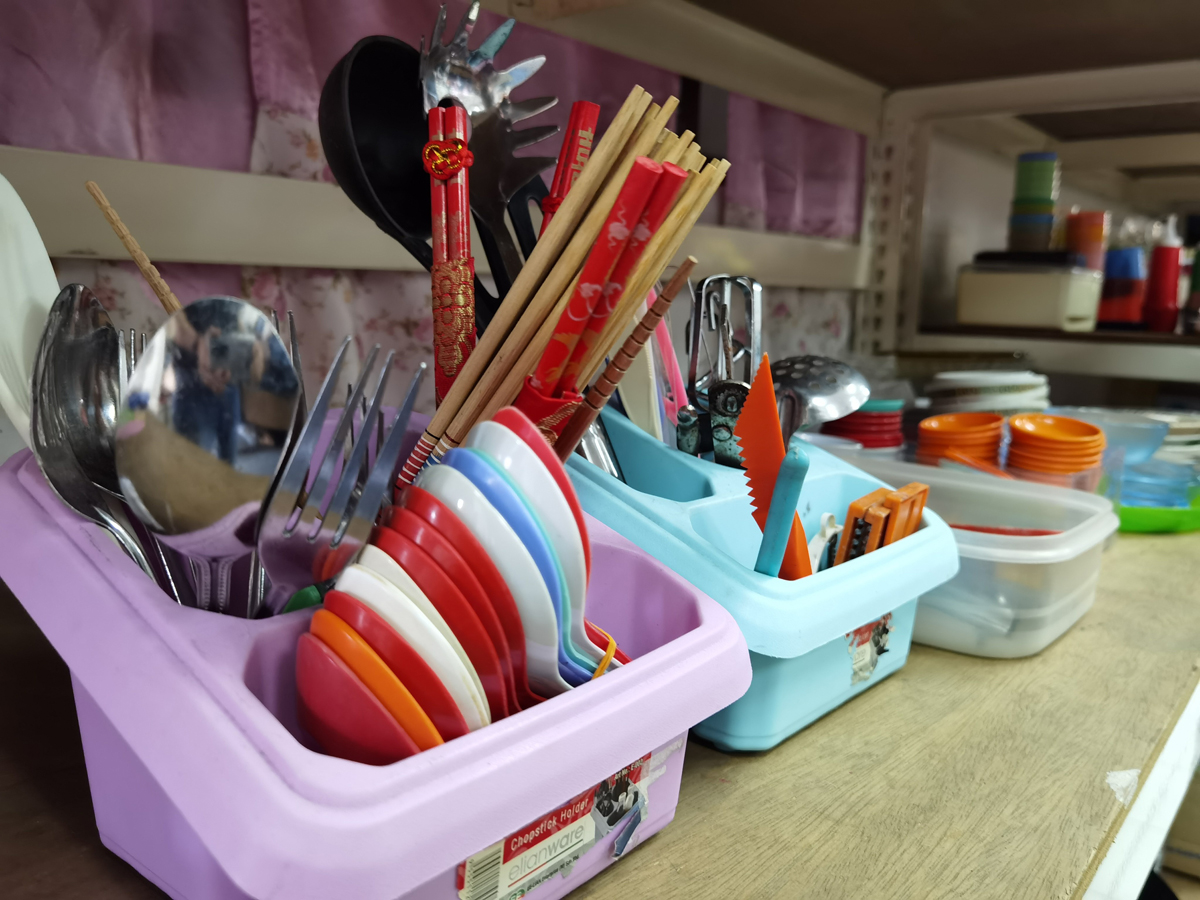 Some of the household items on sale at the centre.

He chose the name Dorcas after a woman in the Bible, well-known for her good deeds and alms-giving. The team is divided into two sections – administration and marketing.

At first, they weren’t sure whether the project would be feasible, but after trial and error, they not only could manage but also made a big success of it. 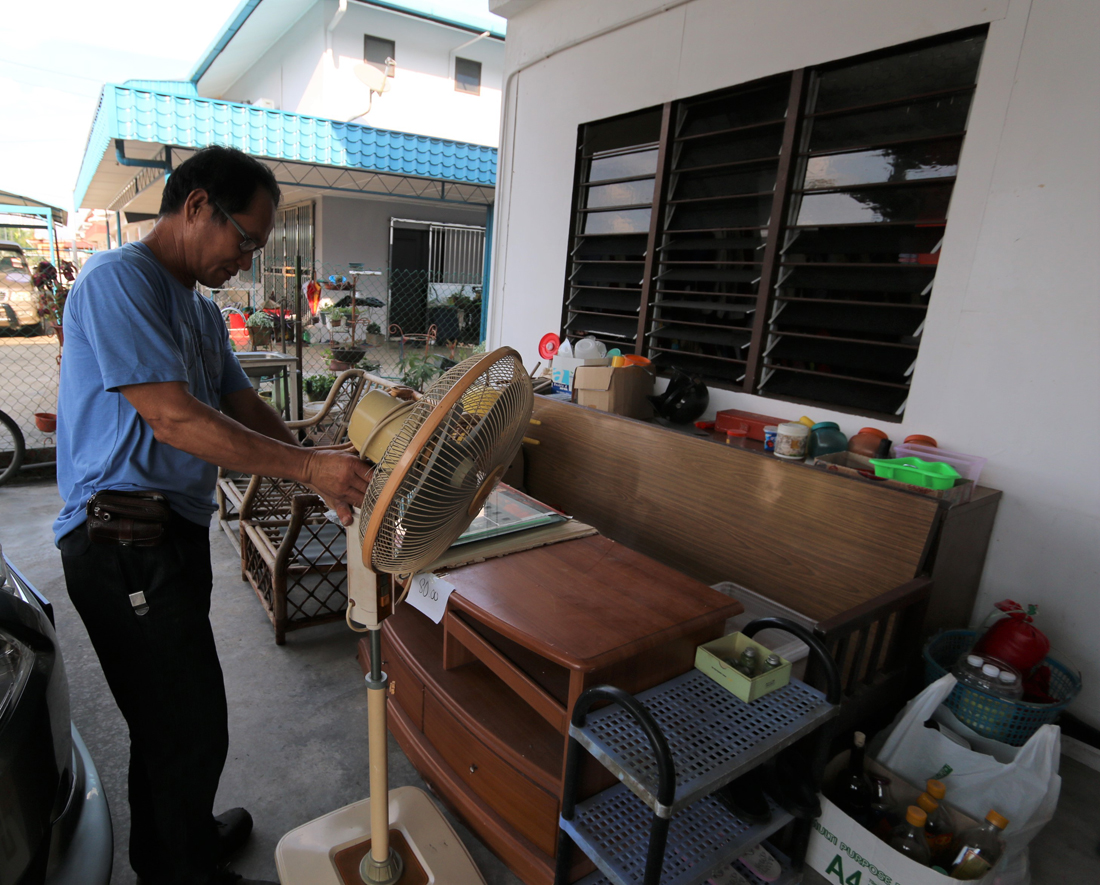 The centre is not only popular among the Sukun community but in Sentosa and areas such as Mukah, Balingian, and Bawang Assan.

“We’ve people from other towns because it’s either they’re working or having relatives working in the area.

“We’ll continue to promote the centre. Our customers are increasing and we no longer just serve the local community,” Yek said.

He added that more people were getting to know about the centre through various programmes in town. 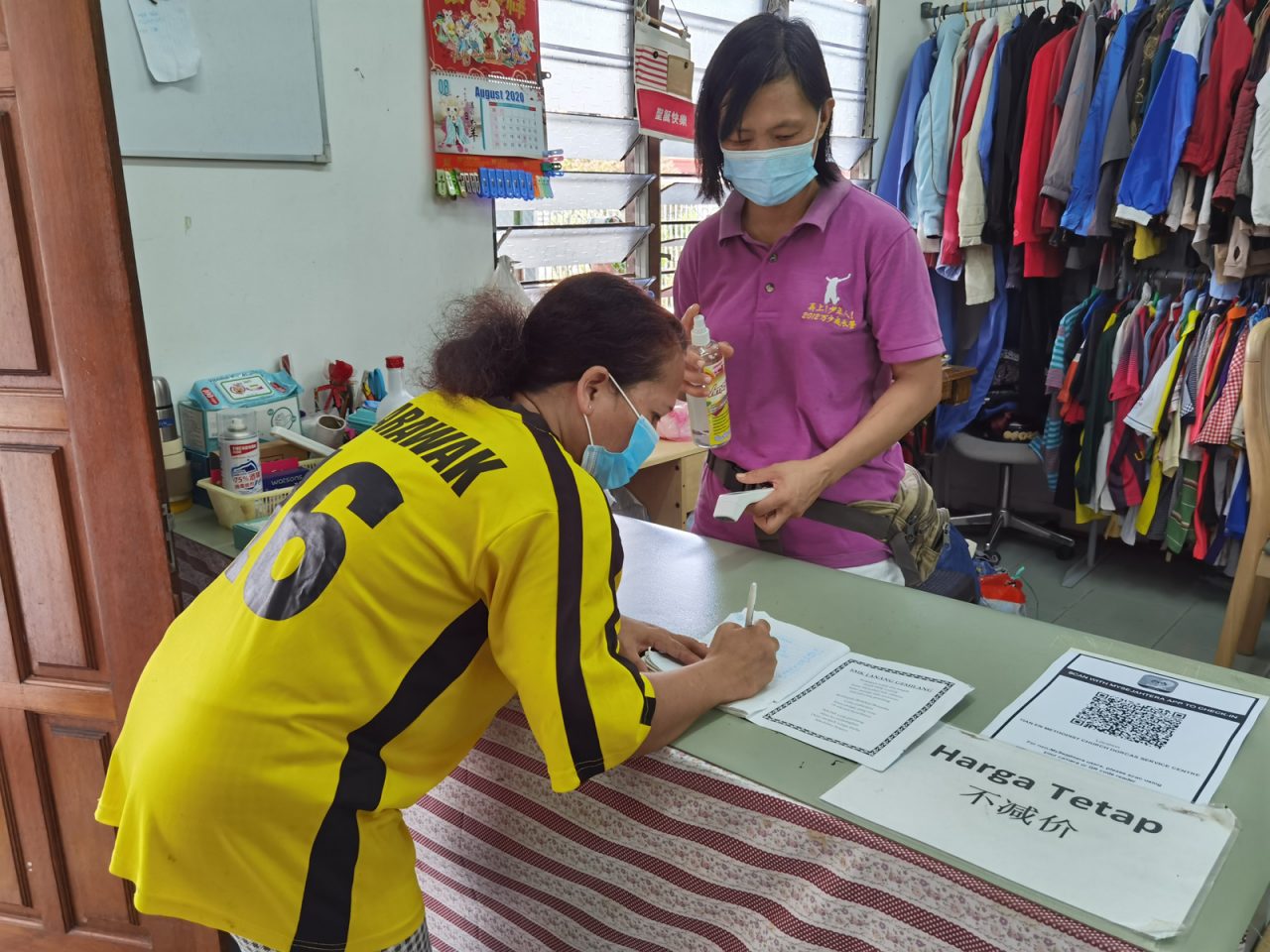 Visitors to the centre must register according to the SOPs.

“Not only are the customers increasing, donations of furniture, household items, and clothes are increasing as well.”

According to Yek, the church has a Facebook page to keep people updated. The clothes are sold between RM1 and RM5, while the furniture can fetch a few hundred ringgit.

Sales also include electrical items. If still useable, they will be repaired or otherwise sent for recycling. It is the same with the other items.

Yek said some of the clothes are from known brands, sometimes with the tags still attached, adding that the centre would only sell them between RM1 and RM5, regardless. 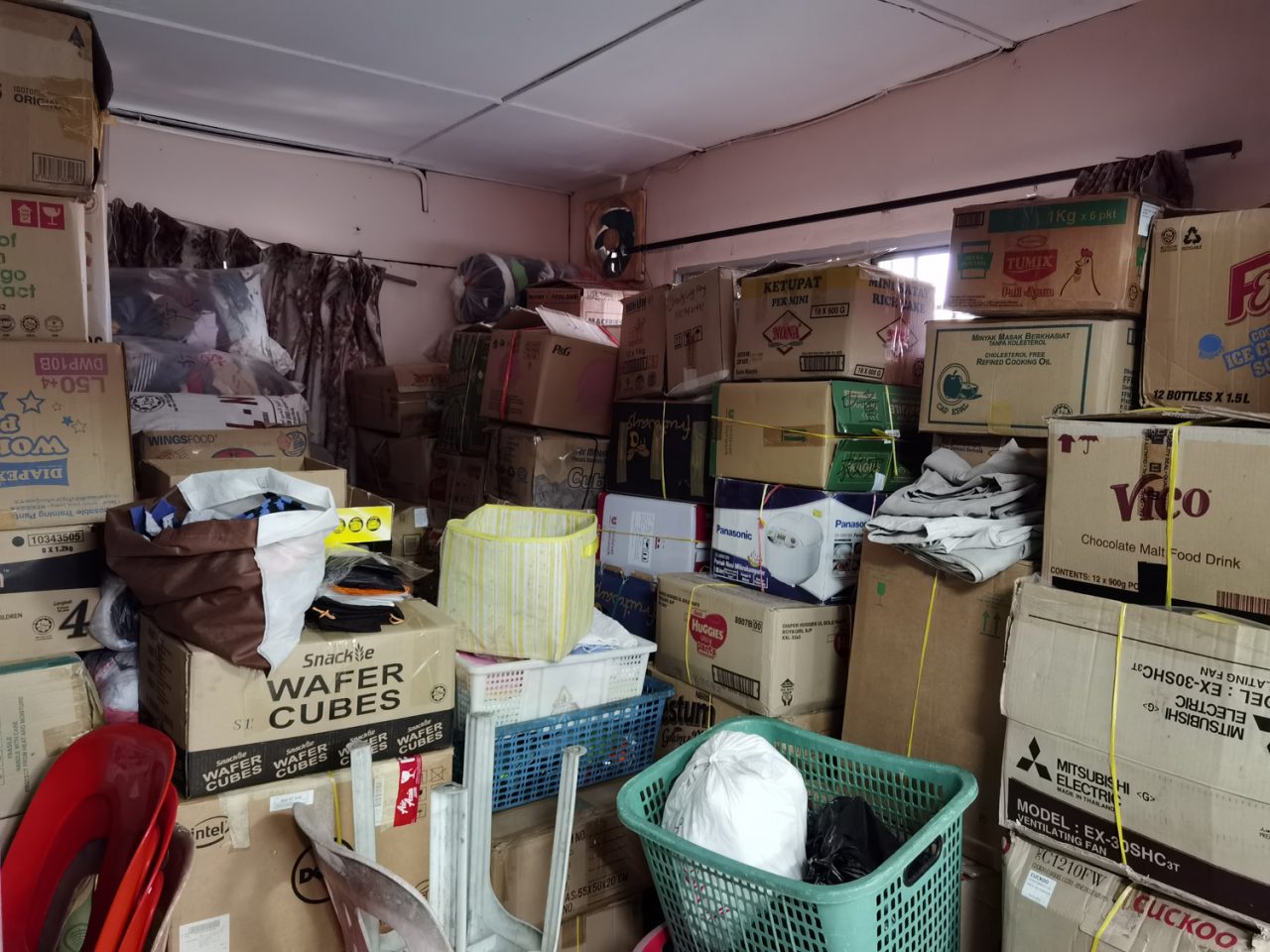 “Of course, there’re some who want to bargain but all the same, we’ll sell to them at a lower price.”

He said the income would be spent on expenses covering the work of the church, salaries of the workers, and relief for parishioners in need.

Part of the income and the items collected would also be given to deserving cases such as fire victims, he added.

Three full-timers, including a supervisor, are employed to manage the centre. A few volunteers are helping out as well. The opening hours are 9am to noon and 3pm to 6pm on Monday, Thursday, and Saturday; 9am to noon on Friday; and 2.30pm to 5pm on Sunday. 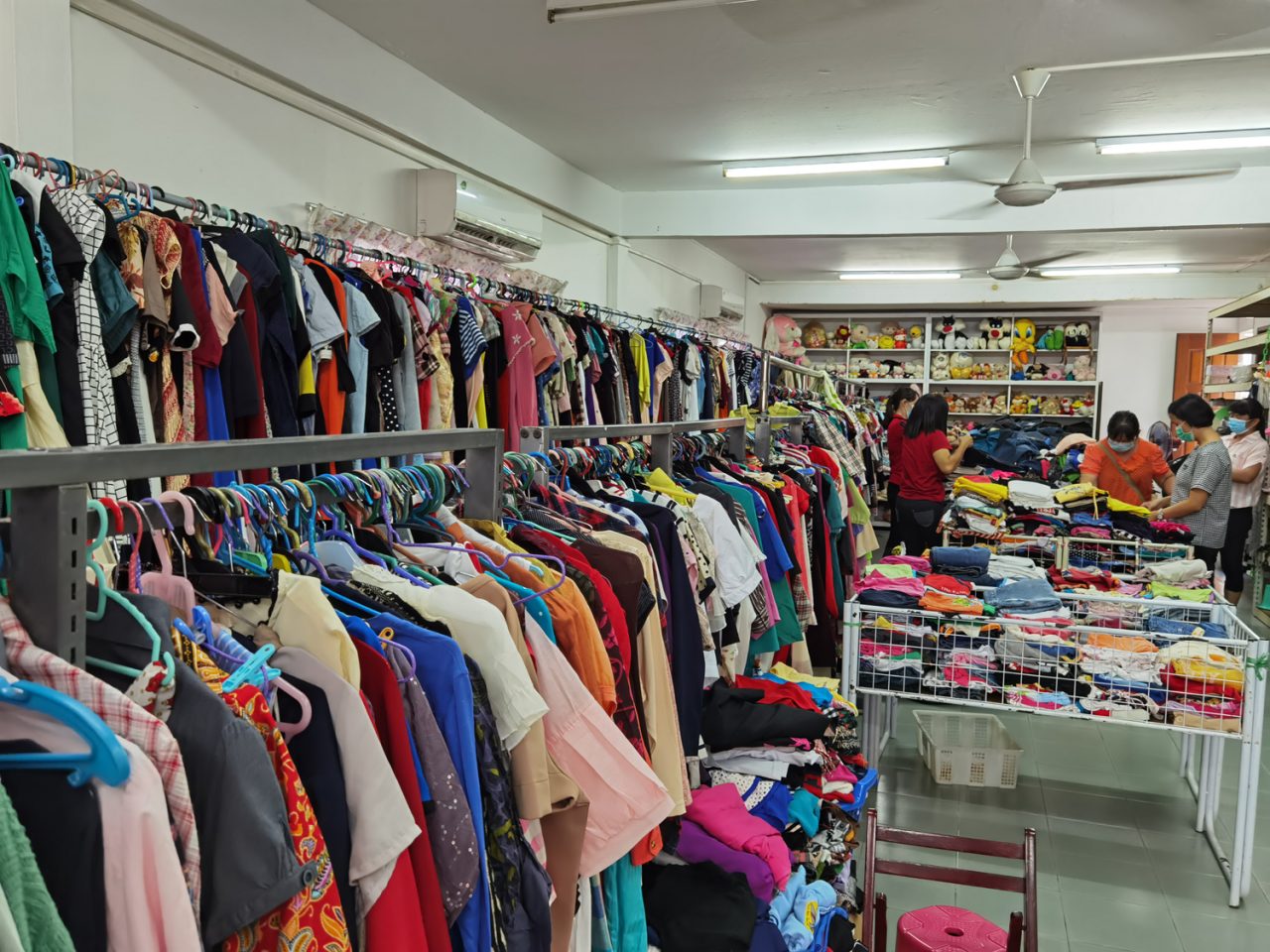 These clothes are sold at a low price to the lower-income group.

Yek revealed they are planning to renovate rooms on the first floor to generate rental income, and also expand the service centre to Sibu Jaya.

“If we can find a place, we will set up a branch in Sibu Jaya. Most families there are from the lower-income group and there are also many nearby longhouses.”

The centre is managed by its chairman Tang Xiong Ngie.